Brightly coloured planters and green walls are bringing joy and vitality to children in a Glasgow primary school and the surrounding community as the result of a Parent Council initiative.

Flanked by the M8 motorway and Royston Road, Royston Primary School’s playground is dominated by a tall brick wall. Artwork painted on the brick surface has become faded and natural elements in the area are sparse. The urban vibe accentuated by building work in the surrounding area. This led the three active members of the parent body to embark on a project to enhance the exterior environment.

Bronwyn Tibbs, chairperson of the Parent Council, said: “There’s not much greenery around.

“We only have one wee patch of grass which really isn’t enough. So we focused on creating a living wall and bringing in plants to brighten up one of the playgrounds.

“We wanted to do something totally unique which would help the pupils and the environment around the school.”

The Parent Council chairperson explained the three key project aims were to:

To appeal to the young audience, plants of various types and colours have been incorporated into the green wall. The end result is a vibrant display, with a mixture of trailing and upright specimens. The plants will quickly grow to form a lush covering.

Coloured, curvy planters fit together like pieces of a jigsaw, piquing the interest of the children. Bright colours bring cheerfulness to the playground and the plants improve the biodiversity credentials of the school, creating a habitat for insects and attracting pollinators.

Bronwyn said: “The kids love the brightly coloured containers and watering the plants and they love seeing the butterflies coming into the playground.

“They are really taking ownership for their playground, making the choice to play football in another part of the playground.”

According to Bronwyn, the response from the children and staff has been extremely positive. The success of the installation makes the trepidation the Parent Council members felt at the outset of the project worthwhile.

Bronwyn explained that Lex Kennedy, interior installations manager at GP Plantscape, made the process much easier than anticipated. She said: “We were all worried about the project, but I cannot thank Lex enough. From the moment we spoke on the phone, from him visiting us to discuss the solution and going back and forth with ideas and quotes, his knowledge was impeccable. He was just amazing.”

The Parent Council members are now looking forward to developing the project further with the addition of another green wall in conjunction with GP Plantscape. 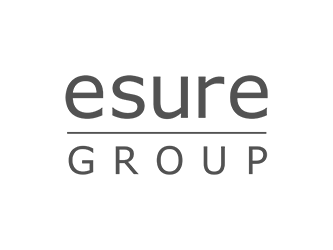